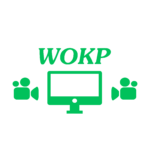 On this week’s episode, we try to understand large cities and a famously enigmatic college friend when we get Dan and Scott’s feedback on the show Travel Man available on Amazon Prime, BET+, Plex, and Pluto TV. Then, Scott pitches the show Outer Banks on Netflix. Scott’s recommended watch order for Outer Banks is Season 1 Episode 1 then Episode 4.

Here is a short list of bad movies that Nayan likes: